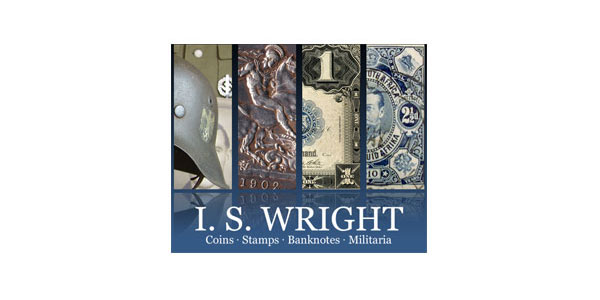 The owner I S (Stewart) Wright first entered the stamp and coin business in 1972 and for the past 38 years has continually expanded after opening his first shop in Ballarat, Victoria, Australia in 1973. In 1988 I S Wright expanded into Medals and Militaria, purchasing Ray Tancred’s Militaria business and museum. In 1991 the business expanded further with the purchase of the Martin Daniels Coin shop in Sydney.

In 1996 Status International Public Auctions, Sydney was acquired and all Sydney businesses were consolidated in 1999 into Sydney’s largest Stamp, Coin and Militaria business and Australia’s largest public Stamp and Coin auction, located in the central Sydney CBD.

Status Auctions had been established in Sydney in the 1970s and had several owners until 1996 when acquired by the IS Wright group. Since then Catalogues have grown substantially along with the number of lots and scope of material.